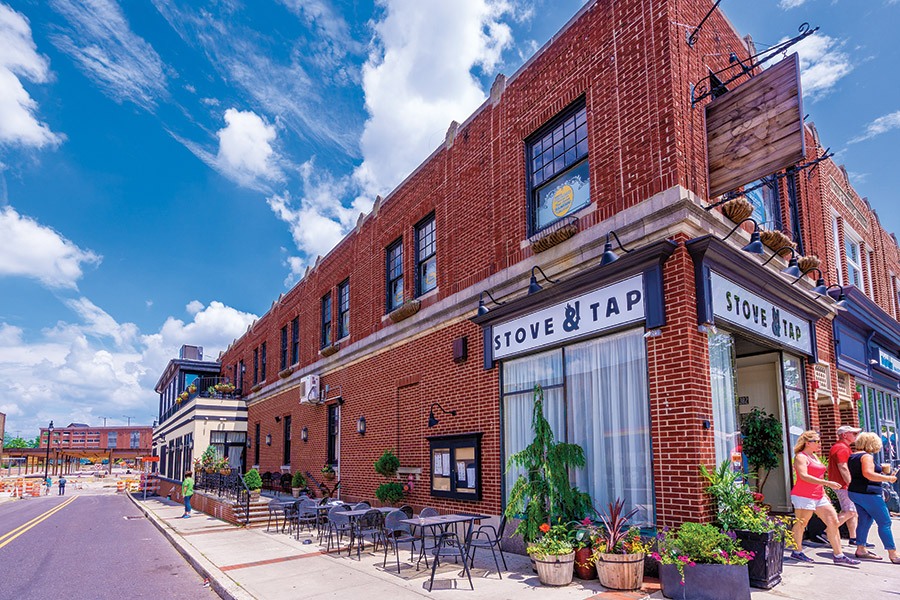 Main Street on the mend

In the 1950s, downtown Lansdale was where Montgomery County went to shop. Then came the Montgomery Mall. But now the tables are turning again: New restaurants, brewpubs and boutiques like natural beauty store GSL Organics (308 West Main Street) and BMX bike specialist Pedaller Bike Shop (807 West Main Street) have brought residents and visitors back to the heart of town. Five-year-old nonprofit Discover Lansdale helps lure them with a calendar of events including First Friday celebrations and the annual Mardi Gras Parade. Borough manager John J. Ernst attributes Main Street’s improving fortunes in part to the town’s walkability: “This is a community of people who love to walk. People are able to walk downtown to enjoy the nightlife and restaurants.”

More people on the way

Residents who live outside Lansdale know the town as the place where they catch Regional Rail into the city, but the borough wanted to put the station’s parking lot to better use, so it worked with SEPTA to find a site for a new multi-story garage for commuters, then brought in Equus Capital Partners to erect a mixed-use building that will have 22,000 square feet of street-level retail space with 181 apartments above. It’s slated to open sometime this year.

Home values in Lansdale have increased 7.2 percent in the past year.

Published as “Living In: Lansdale” in the July 2018 issue of Philadelphia magazine.